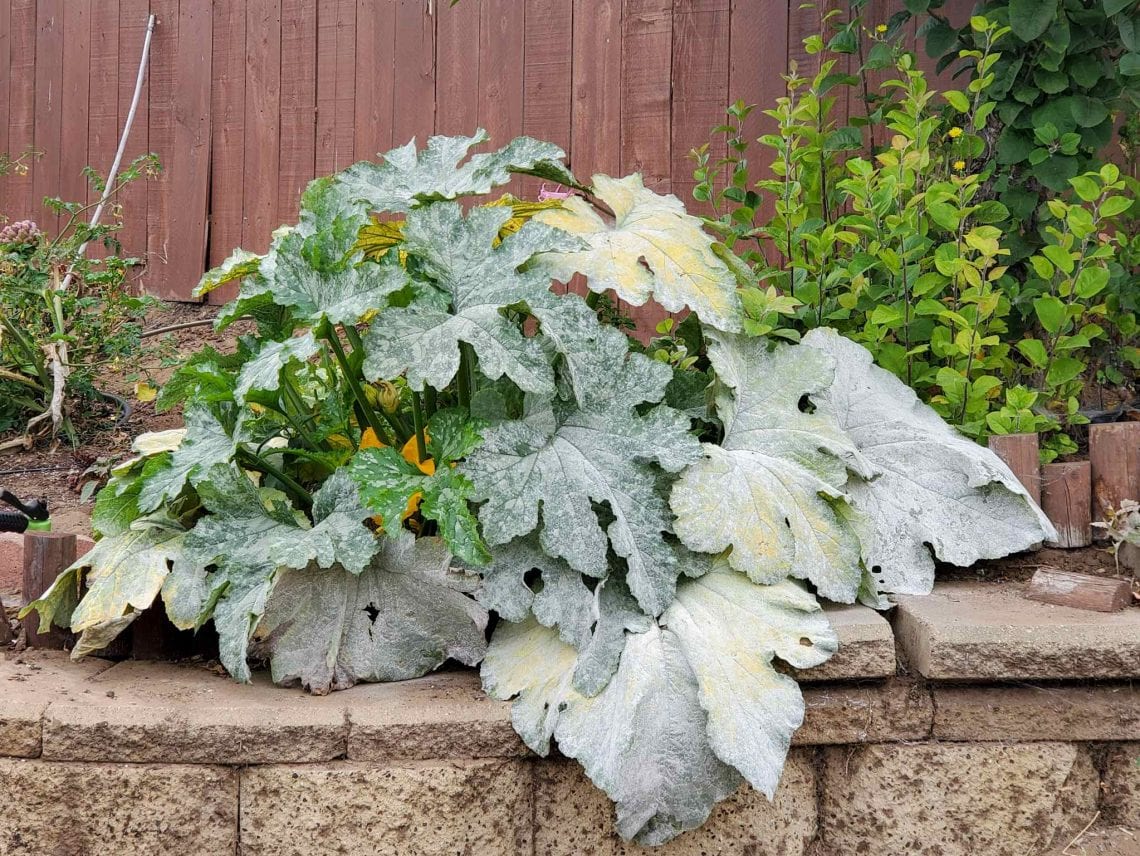 What is the white stuff on my plant leaves, you ask? Well, it could be powdery mildew! Powdery mildew is one of the most common garden diseases around. While it can be an unsightly nuisance, and you certainly don’t want it to run a muck in your garden, it isn’t anything to stress over! Despite the fact that mildew is present and persistent in our garden, we still grow an abundance of beautiful, healthy plants and crops.

Read along to learn how to organically control powdery mildew in your garden, with tips for prevention, ways to reduce its spread, or treat it when necessary.  Let’s start with a quick overview of the disease in general. Understanding how to identify PM, its favored conditions, and what plants are most susceptible (or resistant!) will help shape your response to manage the disease in your garden. As with all garden pests or disease, you’ll have the best success if check your plants often and intervene early.

What is Powdery Mildew?

Powdery mildew is a fungal disease that can affect a wide variety of edible crops, flowers, and ornamental plants. It is quite common and can be caused by several different species of fungi. True to its name, powdery mildew (often shortened to “PM”) looks like white powdery mold spots on plant leaves. A few spots aren’t usually a big deal, though advanced infections can cause stress and damage to plants. Yet the good news is: it is possible to prevent, control, or get rid of powdery mildew organically!

Ideal conditions for PM and how it spreads

Powdery mildew can be found in virtually every growing zone, though it thrives in climates with prolonged periods of warm dry weather. Just like here on the temperate Central Coast of California, where PM can be fairly rampant in our garden if left unchecked! However, just like any good fungus would, powdery mildew loves a touch of humidity too. The dampness of humid air (or evening dew) encourages the fungi to grow, and the warm dry air during the day helps the spores spread.

Powdery mildew spores primarily live on plants, but can also survive or overwinter in soil, compost, mulch, or other plant debris. The spores spread from plant to plant (or, are initially introduced into your garden) by wind, insects, splashing water or direct contact from infected plants. Crowded conditions, lack of airflow, and shade also increase the risk for powdery mildew.

Powdery mildew appears as light grey or white, dusty-looking spots or blotches. They’re usually round, fuzzy, and sometimes slightly raised. You’ll first notice the tell-tale spots on the tops of plant leaves. Upon closer inspection (or as the infection progresses), you may find mildew on stems, the undersides of leaves, on flowers, and sometimes on the fruit or vegetables themselves. A severe powdery mildew case makes the plant look like it’s been dusted in powdered sugar or flour. The infected leaves may eventually turn yellow and dry out too.

Once you’re familiar with powdery mildew, it’s pretty easy to spot and identify. However, it may be confused with other types of fungal diseases like downy mildew (which causes darker spots on leaves instead). Even more tricky, natural patterns on plant leaves can sometimes look a lot like mildew too! Check out the photo of our zucchini plant below for example. Depending on the variety, some zucchini, squash, and melon plants have natural white spots or variegation on their leaves.

The key difference is that a natural leaf pattern will be flat (not fuzzy or dusty) and appear more uniform, likely “mirrored” across both sides of leaf veins. On the other hand, mildew spots are far more irregularly dispersed, and usually on both the top and bottom sides of leaves. PM can also be wiped off (or at least appear to temporarily disappear) with a wet cloth or paper towel, whereas the natural leaf pattern would stay as-is.

How does mildew harm plants?

The good news is, powdery mildew is rarely lethal to plants! But just because it isn’t fatal, doesn’t mean you should let it go unchecked. At first, a few minor spots aren’t going to do much harm to the host plant, but it can spread spores to other plants or linger in your garden soil. As the disease progresses, the fungus feeds and robs nutrients from the plant, making them stunted or less productive.

When powdery mildew coats a significant portion of leaves it can inhibit photosynthesis. This is essentially like a slow starvation for the plant. A change in photosynthesis can also impact crop flavor since the plant will be producing less sugars. Last but not least, powdery mildew infections cause stress to the plant, and a stressed plant is more susceptible to other diseases or pest damage.

Can you eat vegetables that have powdery mildew?

In general, powdery mildew isn’t harmful to people. Meaning, it is not toxic or poisonous. Although, some folks are sensitive or even allergic to mildews and mold, so it’s wise to proceed with caution. Since mildew is quite common in our garden, we’ve definitely eaten our fair share of crops with a few spots of mildew! (I hate the idea of wasting food). We simply wash the produce well before eating it, but do avoid consuming severely infected parts.

What plants get powdery mildew?

Unfortunately, many plants are prone to powdery mildew – including a plethora of common vegetables, flowers, and ornamental plants you may grow in your garden. Plants that are especially susceptible to get powdery mildew include squash (both summer squash like zucchini and hard squash such as pumpkins or butternut), melon, cucumber, tomatoes, eggplant, peppers, kale, peas, beans, lettuce, mustard greens, cannabis, carrots (the greens), apple trees, zinnia, calendula, roses, sunflowers, begonias, bee balm, peonies, phlox, and hydrangeas. Cabbage, cauliflower, broccoli, and collards may get a little PM, but not nearly as bad as the aforementioned plants.

Powdery mildew can inflict over 1000 different plant species, though many types do not develop it as readily or severely as the susceptible plants listed above. Despite having plenty of PM in our garden, we’ve never seen powdery mildew on our citrus, figs, avocados, passionfruit vines, and rarely on herbs – including basil, sage, lavender, rosemary, thyme, oregano, dill and more. Other plant species that are less likely to get powdery mildew include arugula, bok choy, swiss chard, onions, radishes, garlic, fava beans, turmeric, ginger, guava, strawberries, salvia species, and succulents or cacti. Thank goodness, because those are all some of my low-fuss favorites to grow! (Click on any of the highlighted crops to visit our corresponding grow guide)

One of the best ways to get rid of powdery mildew is to prevent it from occurring in the first place! Ha. If only it were that simple, eh? It’s a never-ending battle in our garden; there is always a low-grade PM infection somewhere. Yet these 8 tips to prevent powdery mildew on plants definitely help to keep it under control! So much so, that we rarely need to resort to treatment.

5 Ways to Get Rid of Powdery Mildew

There are all sorts of tricks to get rid of powdery mildew, ranging from hippie-dippie to toxic fungicides. Case in point: have you heard that you can treat the infected plant by spraying it with milk? The rumor is that mixing 1 part milk to 10 parts water creates an organic fungicide. Maybe that works for some folks (good for you!) but when we tried it, we just ended up with very, very stinky plants.

Your choice of treatment method depends on the severity of the issue, what resources are most available to you, and personal preference. Perhaps you’ll need minimal intervention at all. Either way, the following 5 ways to treat powdery mildew are considered safe for organic gardening – and work!

*For any type of foliar spray treatment, I always recommend waiting to apply it until the evening hours – once the plant is out of direct sunlight. Bright sun on wet leaves can cause scorching. Also, beneficial insects are typically less active during the evening to dusk hours. Though all of these treatment options are considered safe and organic, it’s best not to directly spray beneficial insects with them.

And that concludes this lesson on organic powdery mildew management.

All in all, don’t worry if your plants get a few spots of mildew. It’s almost to be expected! We’ve learned to accept and peacefully co-exist with the relentless fungi in our garden, yet do try to be proactive about keeping it to a minimum. I hope this article gave you plenty of ideas of how to do just that. Feel free to ask any questions in the comments below. Or, share you experience with controlling powdery mildew in your garden – especially if I missed a helpful tip! Please also spread the love by pinning or sharing this article if you found it useful. Thank you for reading, and best of luck on your battles against PM! 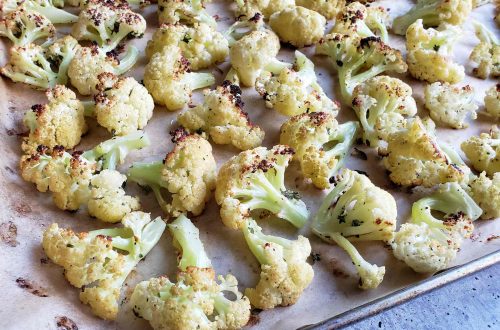 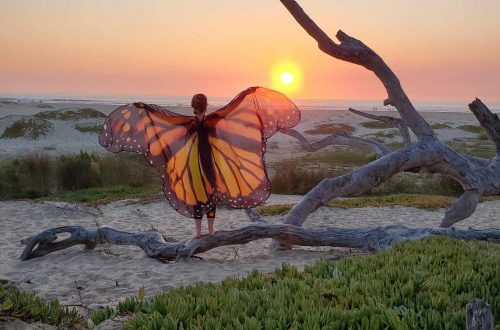 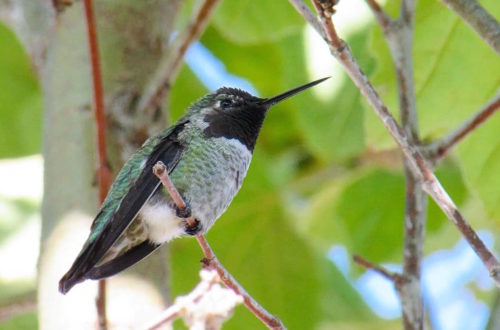