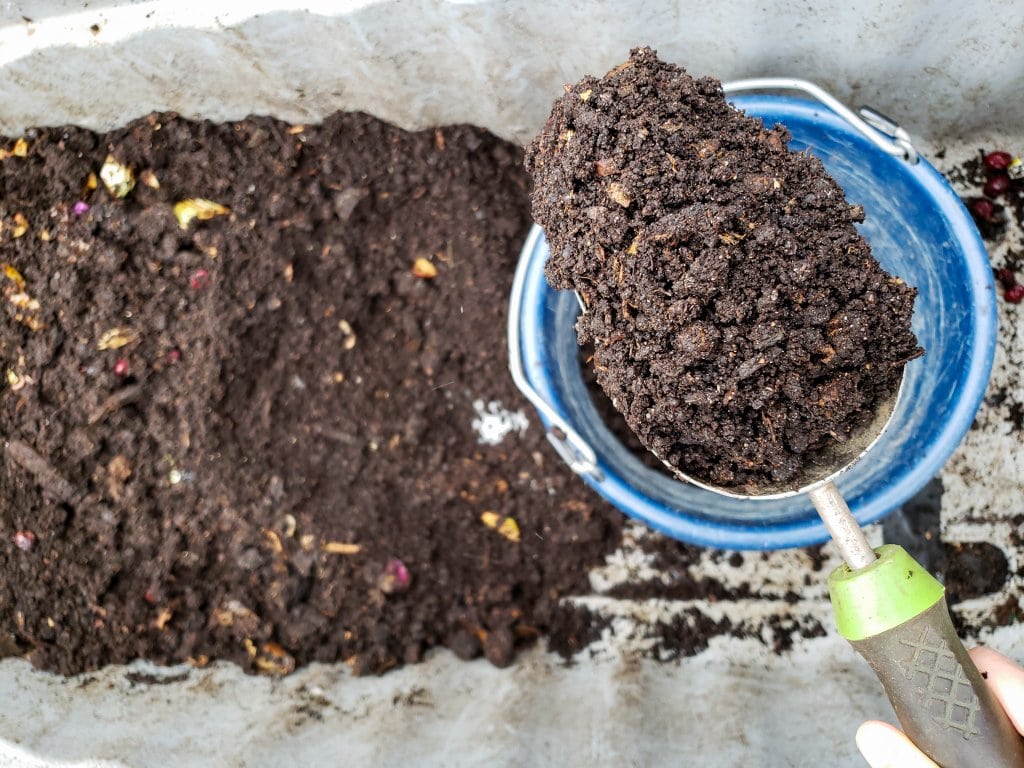 Worm castings, also known as “black gold”, are a stellar natural fertilizer for your garden! They provide rich, readily-available nutrients for your plants, and improve your soil structure too. Maybe you know this already… Possibly, you already have a worm bin – and have been diverting your food waste into it. Good for you! Now you just want to know how to harvest the worm castings, so you can put them to good use. Let me show you how!

When the time is right, harvesting worm castings from a basic worm bin is really, really simple! And I have a few tips to make it even easier! The worm castings can be sifted with a DIY screen system, as I will show you in the demonstration video at the end of this post. Or, they can just be harvested by hand.

This post is geared for folks using a simple tote-style, single-compartment worm bin like we use. The fancier layered worm bins have their own harvesting methods.

If you don’t yet have a worm bin at home and are interested in getting one set up, or need some pointers to help better maintain yours, check out this post to learn just how easy it is! Vermicomposting 101: How to Create & Maintain a Simple Worm Bin.

Preparing your Worm Bin for Harvest

If you just created a worm compost bin, don’t expect castings to be ready for harvest immediately. The worm bin needs to get established, and be routinely fed and fluffed for a few months first. This gives the worms time to eat, turn things over, and break down food and bedding into worm castings – their poop.

Once you begin to see the worm bin transforming from raw materials into finished worm castings, you can think about harvesting them. Finished worm castings look similar to good, rich soil. They’re dark brown, tiny, round bits of material that have passed through their system.

When harvesting worm castings, the goal is to collect as much castings as possible, but leave the worms behind in the bin. It is okay if a few worms come along for the ride, and some of their egg cocoons and tiny babies will inevitably be harvested. That’s fine! On the other hand, you don’t want to deplete your worm bin population by removing too many. Therefore, we need the worms to get out of the way!

A week or two before you want to harvest the worm castings, stir and spread the contents of your bin out in the bottom. Next, feed the worms exclusively on one side of the worm bin during that time. Bury the food (and if needed, any new browns/bedding) in one far corner, with plans to harvest worm castings from the opposite side. The worms should migrate there to eat, leaving the other side of the bin hopefully worm-free. If there is a lot of existing food matter and worms spread evenly throughout your worm bin, it may take a little longer to accomplish this.

Once the majority of the worms have migrated, it is time to harvest castings!

One extremely simple method of harvesting worm castings is by scooping them out. Using a small trowel, scoop out the finished castings from the “resting” side of your worm bin into a bucket. That’s it!

However, depending on how well broken-down the material in your worm bin is, or how well the worms migrated to the opposite side of the bin, you may need to pick through the material a little by hand. Sift through the castings and throw back large pieces of food matter, lumps of shredded paper or other bedding, and as many worms as you reasonably can. If the worm castings are clumpy, try to break up the large chunks.

Another option is to take it one step further – to harvest and then sift them with the aid of a simple screen.

We used to just scoop and pick through castings with a trowel, as described above. It took fewer “tools” to sift by hand, but honestly, it took a little longer and more effort than the method I will describe next.

A couple years ago, Aaron attached some hardware cloth to scrap wood for another project he was working on. It just so happened that it made an absolutely perfect worm castings screen! It consists of a wood frame with half-inch hardware cloth over it, attached using wide flat-head cabinet screws. Heavy-duty staples would work as well.

We used 2×6” wood pieces because that is what we always have on hand (scraps from building raised garden beds!), but any size lumber pieces would work. A bamboo stake supports our screen on the more open side of it, but you could totally make a four-sided wood frame instead. Clearly, it’s nothing fancy.

Place the screen frame on top of a plastic tote or other container that will catch the screened worm castings. Dump some on, push it around to sift it, and let the worm castings fall through. Repeat as needed until all of it is sifted and separated. I use my hands, but you could also use a trowel.

The holes in half inch hardware cloth seem perfect for the job! The resulting screened worm castings are nice and fluffy, with any large chunks broken up. Large bits of matter are easily caught by the screen, and can be put back into the worm bin. Worms may get through the screen, or may stay on top. Either way, you should be able to easily see and sort them.

How to Use Worm Castings

If you’re wondering “what do I do with worm castings?”, the answer is: SO MANY THINGS! Add the castings directly to your raised garden beds or other garden soil as a rich natural fertilizer. They also help to improve soil aeration, drainage, and moisture retention. We like to add a little handful to every planting hole when we are transplanting new seedlings outside. Also, worm castings are a great addition to seedling start mix when you’re starting plants from seed. Put a few scoops around the base of fruit trees. Or, give your houseplants a special treat!

One of the great things about worm castings is that a little goes a long way! By using even a small amount in your garden, you’ll see the difference. On the other hand, you really can’t “overdo it”! They are not “hot” like other fertilizers. Meaning, worm poop cannot burn or shock your plants. In my humble opinion, the more the merrier.

One of our absolute favorite ways to use worm castings is to make actively aerated compost tea (AACT) with them. Check out this post all about how to make AACT!

We try to add castings to our garden in every way possible. If you do the same, I promise your garden and plants will thank you tremendously for your effort!

Check out this demonstration video to see just how quick and easy harvesting and screening worm castings can be!

I hope you found this post helpful in your vermicomposting journey! Please feel free to ask questions, and spread the love by sharing this post. 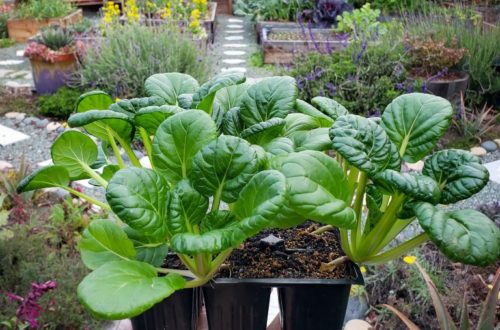 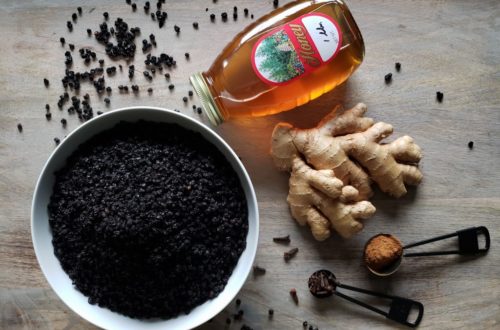 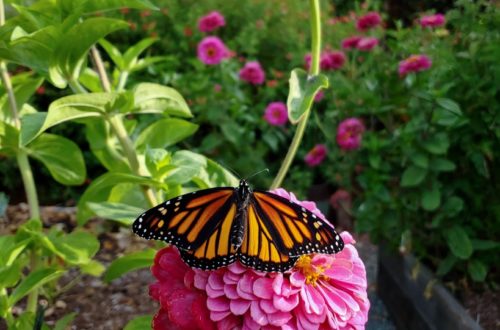 Preserve your goods + snag 15% OFF any Excalibur Dehydrator now through April 30th! Use code "DEANNACAT3" on excaliburdehydrator.com Dismiss